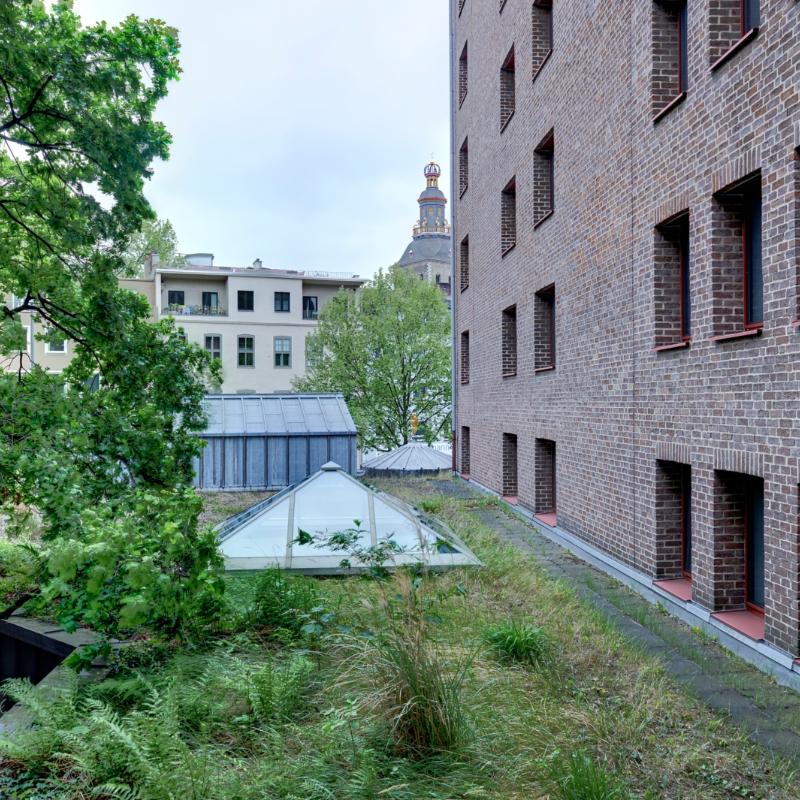 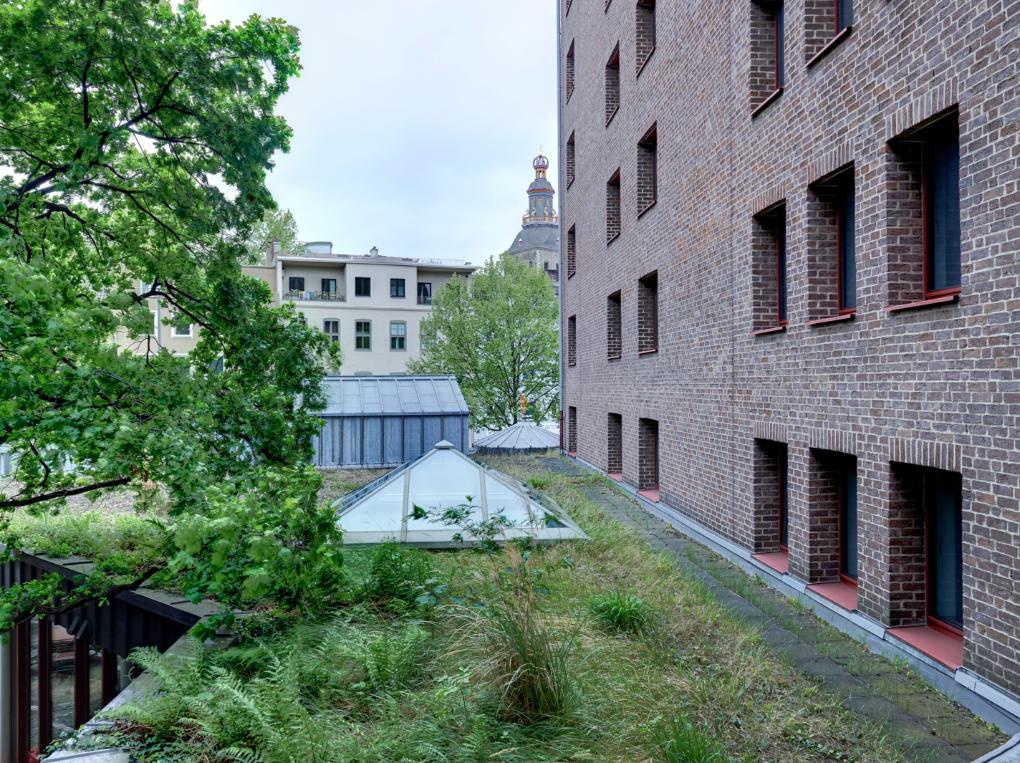 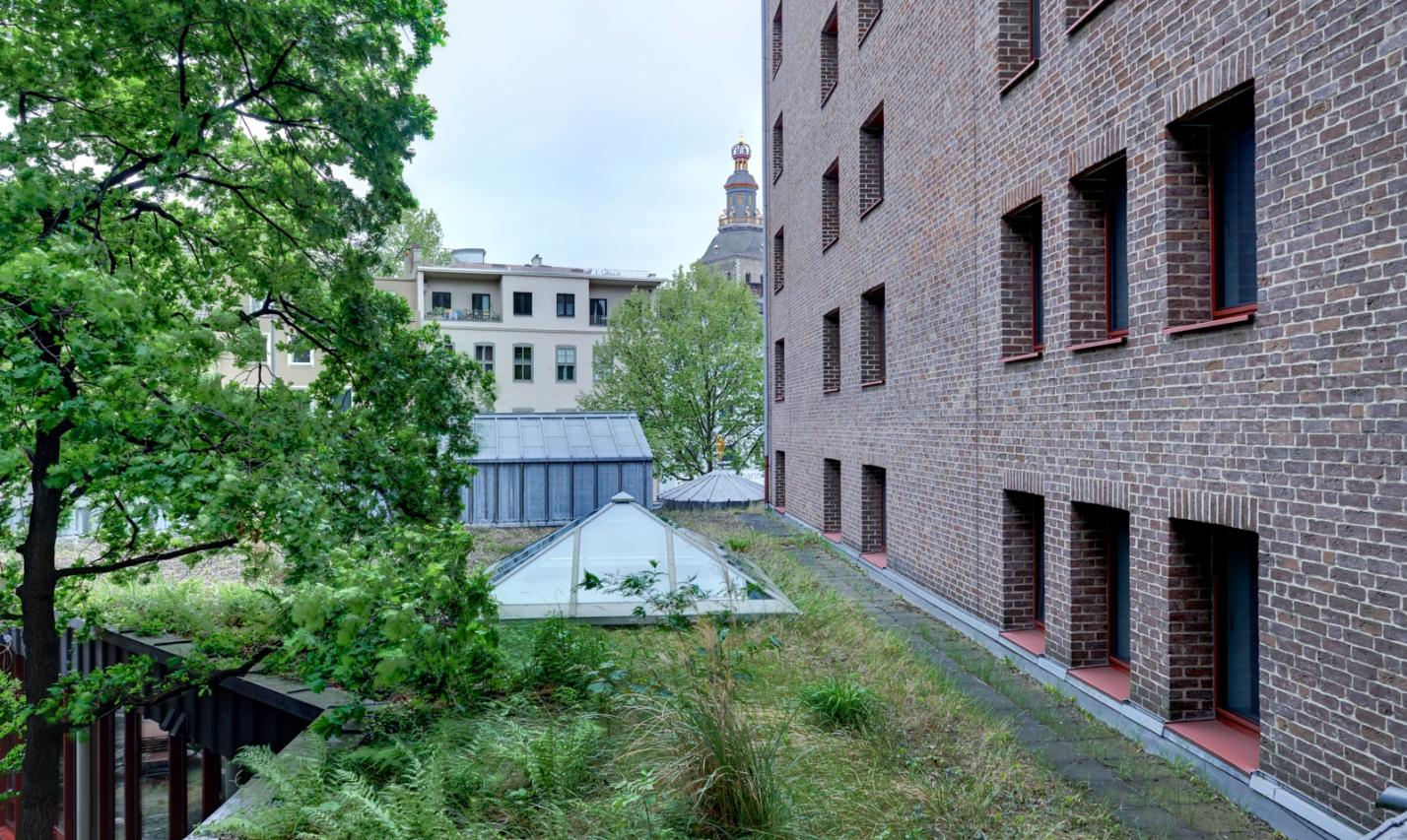 The particularities of the architecture

Maternushaus was opened on 6th April 1983 after five years of construction work. Until 1978, the site was occupied by St. Vincenz Hospital, which was opened in 1864. The Guest House is now situated in the former Sisters' Residence and the computer centre of today is housed in an old office building. One of the conditions laid down by the architects was to retain this building. The architecture competition tendered under Cardinal Höffner and his Vicar General Norbert Feldhoff was won by the architect Schilling from Cologne. Maternushaus was constructed at a cost of DM 55 million to his plans, although these were subject to some minor changes made by junior partner Peter Kulka, who was taken on in 1979.

The house presents a rather off-putting, block-like facade to the busy Nord-Süd-Fahrt main road.
The building opens up towards Kardinal-Frings-Strasse and greets its visitors with a friendly, planted terrace-like structure, which can be recognised again on the inside when entering the foyer. As far as the architect was concerned, this front view symbolised a person turning towards the surroundings with open arms. Although the single building elements may seem to have been put together at random, the closely-knit whole presents a harmonious appearance.